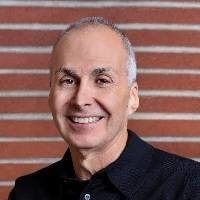 Doctor Ratinoff started his education at UCLA where he was studying engineering. After a few semesters of focusing on the study he realized it wasn’t for him. He then transferred over to UC Berkeley where he obtained his Bachelor of Science and also received his Doctor of Optometry degree.

After graduating from UC Berkeley, Doctor Ratinoff joined the Air Force where his career took off. He was stationed at Wurtsmith Air Force Base in Oscoda, Michigan for 2 years. Once his service had been fulfilled, he and his wife moved back to Los Angeles for a couple years. They both missed living in the Bay Area so they decided to return in 1971 to buy a practice on Byron St. in Palo Alto where they raised their 2 children. A few years later he settled into his present practice on University Ave. and Middlefield Rd., University Optometry, established in 1983.

He is currently a Fellow of the American Academy of Optometry as well as a Vision Source Member.

He has recently taken on a gluten-free diet; however you will still find him sneaking a Girl Scout cookie here and there because he fully supports his granddaughters’ troops. He also loves a dark chocolate accompanied by his favorite, a large iced non-fat decaf extra shot latte.